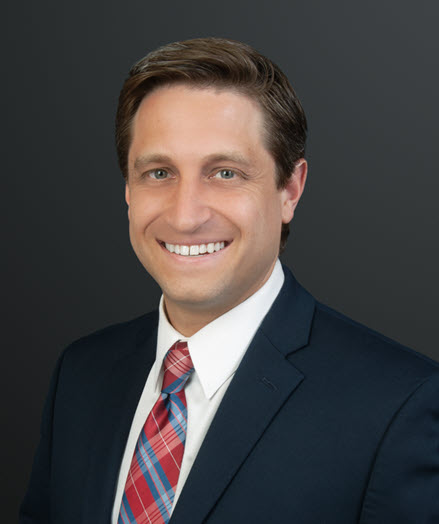 Dan Seidman works out of Seidman Margulis & Fairman's Belleville and St. Louis offices, practices in both Illinois and Missouri, and is licensed in state and federal court. He has tried numerous jury trials to winning verdict, and has secured countless favorable results for clients through trial, negotiation, mediation, and arbitration. Dan is also an adjunct professor, each year teaching two courses, Tort Law and Civil Litigation, for the Legal Studies for Paralegals program at St. Louis Community College – Meramec.

Dan worked at Seidman Law during summers in high school. He became interested in following in his father's footsteps as a Chicago personal injury lawyer when he observed is dad, Steve Seidman, win a difficult jury trial for a client whose life had been seriously affected by negligence. Dan grew up in Northern Illinois, but fell in love with St. Louis while attending Washington University in St. Louis.

Dan attended the University of Michigan Law School, where he earned a merit-based scholarship and graduated with honors. While at Michigan Law School, Dan focused on his trial skills and worked with the ACLU of Michigan, advocating for non-violent parolees whose harsh parole conditions did not allow them to see their loved ones. During law school Dan also worked as an extern for Judge Michael J. Reagan, with the U.S. District Court for the Southern District of Illinois.

He is married with three kids, all boys. His favorite thing is be outdoors with the family. He has been known to break out the telescope on particularly starry nights.

"I try to treat clients the way I would like to be treated. Therefore, I try to be as transparent, easy to reach, and communicative as can be. I thoroughly investigate and advocate for each case, giving each one the time and thought necessary and beyond, no matter the "size" of the case."

Significant Verdicts & Settlements
Contact Us
Practice Areas
Client Reviews
★★★★★
"Ryan Margulis is an awesome injury attorney and I recommend his firm highly. He is an honest and very professional attorney, returns calls immediately, very trustworthy. I recommended many new clients to the firm, and all the clients I sent to the firm were very happy with their results." Jorge S.
★★★★★
"This is one of the finest law firms I have ever dealt with. Every time I called Steve he got right back to me. I had a small case and he did not one time pass my case on to another member. He personally handled it to the very end. Thanks again, Steve Seidman." Eric V.
★★★★★
"I was referred to Melanie Fairman to represent me for my brother's case. She was outstanding and went above and beyond to represent me during a very stressful time in my life. She is very professional and loyal to her clients. She fought hard for my case and did not let me give up and I am very satisfied with the outcome, thanks to her. Thank you so much for everything you have done for my family!" Nancy R.
★★★★★
"Ryan Margulis and his team were extremely helpful and diligent in helping my family and I after an auto accident. We felt very comfortable leaving our case in their hands. Communication was great, and they do not waste any time. I will definitely be using them again should I need their services." Matthew H.
View More
Submit a Law Firm Client Review