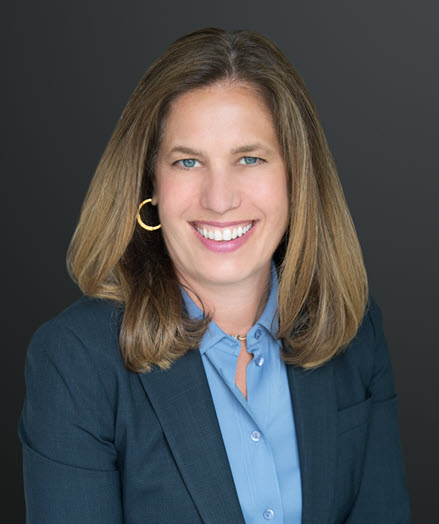 Melanie K. Fairman is an experienced personal injury attorney who has represented plaintiffs in personal injury and wrongful death actions since 1994. Over the years, she has obtained millions for clients through settlement and trial. A large percentage of her practice involves cases arising from medical malpractice and nursing home negligence, but over the years she has litigated quite a few significant vehicular collision and premises liability cases, including a $3.8 million verdict in a case tried by Melanie and her partner, Steve Seidman, against JW Marriott based on exposing a guest who was an attorney to Legionella bacteria, causing him to suffer permanent neurocognitive deficits. In addition, she has represented women in sexual-abuse cases and has been successful in obtaining recoveries from the employers of the abusers.

Melanie is married with two teenage children and has been a lifelong resident of Chicago and the North Shore suburbs. She is an avid bicyclist and loves to ski and walk her goldendoodle.

"I tend to overprepare all of my cases. I leave no stone unturned when investigating all possible avenues of recovery and work hard to maximize all recoveries and minimize risk. I respond to client inquiries as soon as possible and try to keep clients informed about the status of their cases. I understand that representing clients is a privilege as there is a lot of competition out there."

"I hired Melanie Fairman for an injury case. I found her to be professional, knowledgeable and available to all my questions, and was happy with the outcome. I highly recommend her!"

The Chicago Bar Association
Member Since: 1994

Pro Bono Activities
Loyola University of Chicago School of Law National Mock Trial Team Coach, 1997 – 2000
Fraternities/Sororities
Beta Alpha Psi
Honors and Awards
Contact Us
Practice Areas
Client Reviews
★★★★★
"Ryan Margulis is an awesome injury attorney and I recommend his firm highly. He is an honest and very professional attorney, returns calls immediately, very trustworthy. I recommended many new clients to the firm, and all the clients I sent to the firm were very happy with their results." Jorge S.
★★★★★
"This is one of the finest law firms I have ever dealt with. Every time I called Steve he got right back to me. I had a small case and he did not one time pass my case on to another member. He personally handled it to the very end. Thanks again, Steve Seidman." Eric V.
★★★★★
"I was referred to Melanie Fairman to represent me for my brother's case. She was outstanding and went above and beyond to represent me during a very stressful time in my life. She is very professional and loyal to her clients. She fought hard for my case and did not let me give up and I am very satisfied with the outcome, thanks to her. Thank you so much for everything you have done for my family!" Nancy R.
★★★★★
"Ryan Margulis and his team were extremely helpful and diligent in helping my family and I after an auto accident. We felt very comfortable leaving our case in their hands. Communication was great, and they do not waste any time. I will definitely be using them again should I need their services." Matthew H.
View More
Submit a Law Firm Client Review