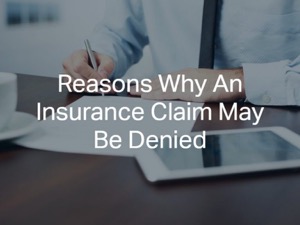 Valid Reasons Why An Insurance Claim May Be Denied

Why You May Need An Attorney

If you or somebody you care about has sustained an injury caused by the actions of somebody else, contact an attorney for help dealing with insurance carriers. A skilled attorney can use their resources to investigate every aspect of the claim in an effort to obtain maximum compensation on your behalf.