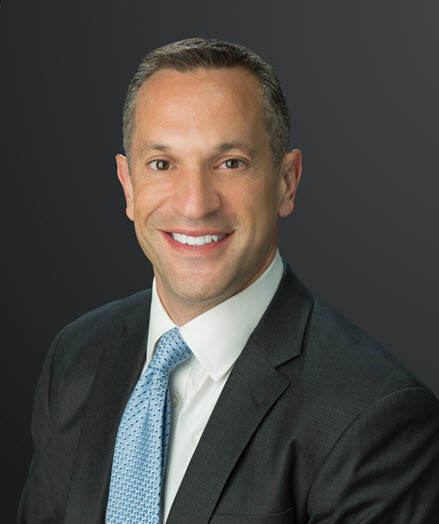 Ryan A. Margulis is an experienced personal injury attorney who began his legal career on the defense side, providing him with a unique perspective into how the other side thinks. Since 2003, Ryan has concentrated solely on representing injury victims in serious and complex bodily injury cases and those injured in workplace accidents. Ryan takes great pride in meticulously handling every aspect of each client's case, from initial client contact through final resolution.

Recognized as a prominent attorney by Super Lawyers, Ryan has successfully litigated and settled cases throughout the state of Illinois and in other state jurisdictions. Among his countless successes, Ryan assisted partner Steven J. Seidman in winning a $25.6 million gross jury verdict for a truck driver seriously injured in a scrapyard. In October 2018, Ryan secured an $8.1 million settlement for a 35-year old pedestrian who was struck by a dump truck. That settlement set the all-time high for reported verdicts/settlements in Lake County history for a pedestrian. The previous high was $5 million.

Ryan is a proud father of three – two girls and one boy – often spending much of his free time watching them play competitive ice hockey and soccer. Ryan serves as co-director of the Pegasus FC youth travel soccer club. Ryan is also an active athlete, playing ice hockey, softball, and volleyball in adult leagues throughout the Chicagoland area.

In June 2013, Ryan was honored to be admitted to the United States Supreme Court in Washington, D.C., a moment made even more memorable as he was seated in the Courtroom next to Sandra Day O'Connor, the first female Supreme Court Justice in United States history.

"I treat every client as if they were a member of my own family. All phone calls and e-mails are returned the same day, knowing that while an attorney may handle several matters, a client's case is the most important matter to them and should be treated that way. Nothing brings me greater joy than righting a wrong and ensuring that a client receives the maximum compensation available under the law."

Honors and Awards
Super Lawyers Rising Stars 2013 – 2015
Super Lawyers 2021
Super Lawyers 2022
Contact Us
Practice Areas
Client Reviews
★★★★★
"Ryan Margulis is an awesome injury attorney and I recommend his firm highly. He is an honest and very professional attorney, returns calls immediately, very trustworthy. I recommended many new clients to the firm, and all the clients I sent to the firm were very happy with their results." Jorge S.
★★★★★
"This is one of the finest law firms I have ever dealt with. Every time I called Steve he got right back to me. I had a small case and he did not one time pass my case on to another member. He personally handled it to the very end. Thanks again, Steve Seidman." Eric V.
★★★★★
"I was referred to Melanie Fairman to represent me for my brother's case. She was outstanding and went above and beyond to represent me during a very stressful time in my life. She is very professional and loyal to her clients. She fought hard for my case and did not let me give up and I am very satisfied with the outcome, thanks to her. Thank you so much for everything you have done for my family!" Nancy R.
★★★★★
"Ryan Margulis and his team were extremely helpful and diligent in helping my family and I after an auto accident. We felt very comfortable leaving our case in their hands. Communication was great, and they do not waste any time. I will definitely be using them again should I need their services." Matthew H.
View More
Submit a Law Firm Client Review