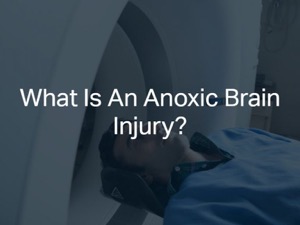 Brain injuries occur anytime the brain does not get the oxygen it needs to support its functions. If the brain fails to receive enough oxygen, even for justice a few minutes, this can lead to the cells inside the brain tissue dying. Anoxic brain injuries occur in a variety of ways, including traumatic incidents as well as complications caused by internal medical emergencies.

If you or a loved one have sustained an anoxic brain injury caused by the actions of somebody else, seek assistance from an attorney as soon as possible. A Chicago brain injury attorney will be able to help investigate the incident and secure maximum compensation on your behalf.

What Can Cause An Anoxic Brain Injury?

Can You Recover From An Anoxic Brain Injury?

Can You Sue For An Anoxic Brain Injury?

It may be possible for an anoxic brain injury victim or their family members to file a lawsuit in order to recover compensation for what happened, but only if it can be proven that somebody else caused the injury. Some of the ways in which other people may be held liable for an inactive brain injury include the following: